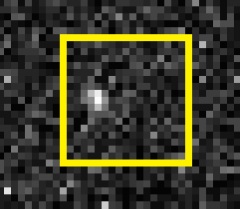 The primary objective of this research is to develop non-destructive, or lossless, quantum state detection methods for single trapped neutral atoms in order to realize robust neutral atom qubits.

This work will directly address an important limitation in neutral atom qubit experiments, which is that quantum state detection of single atoms results in the loss of the qubit from the trap. This research will lead to a 1000-fold increase in experimental efficiency for neutral atoms systems and enable exciting new developments in the field of quantum information. 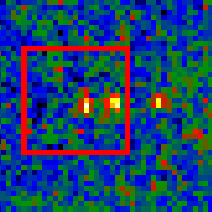 Five atoms randomly distributed in an optical lattice with two of them loaded in the region of interest of the single photon counting module (SPCM).

Neutral atoms are one of the most promising systems for quantum information. In order to achieve atom trap lifetimes greater than 10 s, far-off resonant trap (FORT) depths on the order of milli-Kelvin are required. Unfortunately, FORTs operating in this regime also induce excited state AC stark shifts that compromise laser cooling and coherent control of the optical transitions. A major goal of this research is to investigate the detailed level shifts under these circumstances.

We investigate the behavior of single 87Rb atoms in a FORT operating at 1064 nm. The Zeeman state dependent AC Stark shift of the atomic energy levels depend strongly to the polarization of the trap beam. We directly measure the AC Stark shifted spectrum of single atoms and compare to theoretical predictions. Additionally, we perform temperature measurements of individually trapped single atoms that provide useful information to the study of heating and loss mechanism in the probe process.